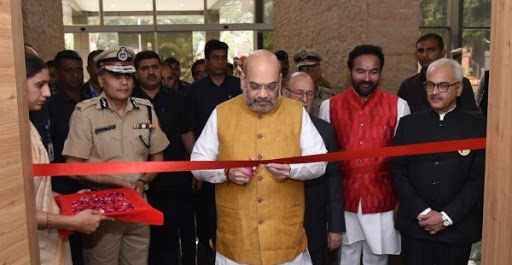 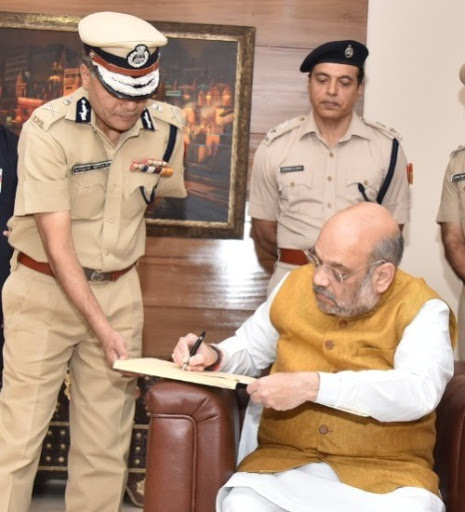 In his address, Shah said that Delhi Police, a proud force have got their new home after decades's wait. He talked about Batla House encounter and paid tribute to the Martyr inspector Mohan Chand Sharma. Shah while speaking of Parliament attack, remembered those who died in the line of duty.
This hi-tech 75 meters high building covering an area of 8 acres with 17 storeys has plenty of amenities comprising two parking lots with a capacity to accommodate  as many as 800 vehicles. Besides, it has libraries, water harvesting plant, creche, gym, meditation zone, an auditorium that can accommodate 500 heads. Its foundation stone was laid way back in December 2012, work started soon after that and partially completed (four storeys) so that the force could move in.
286 crores is estimated to have been spent on its erection. It also has a provision for helipad which could be seen coming up in days to come.
Present at the event were Meenakshi Lekhi MP (BJP), Gautam Gambhir, cricketer turned politician, MP east Delhi, Hans Raj Hans MP (BJP) Dr Naresh Trehan and senior police officers from the police fraternity.