Dharna against NRC/CAB by United Against Hate at Jantar Mantar 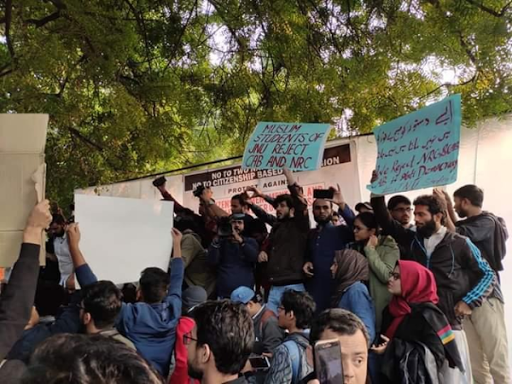 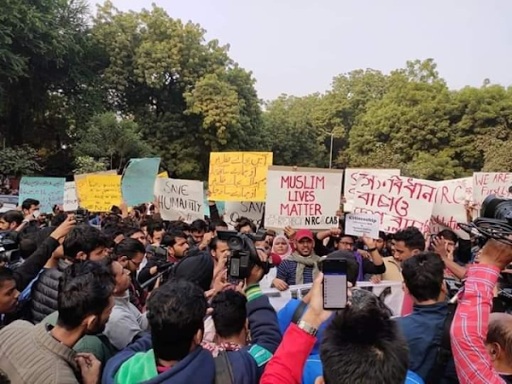 Hundreds of students, activists and citizens gathered in Jantar Mantar on 7th Dec, under the banner of United Against Hate to oppose the National Register of Citizens (NRC) and the Citizenship Amendment Bill (CAB). Nadeem Khan from UAH said that "irrespective of the opposition parties, the citizens of this country will completely boycott NRC and CAB. We will do a Civil Disobedience against this. We shall also question and surround the opposition parties who will betray us". Yogendra Yadav, from Swaraj India Abhiyan, said that "CAB sabotages the fundamental secular character of India. Yes Indian secularism has many limitations but CAB tends to destroy it completely. The CAB does not talk about persecuted minorities from non-muslim nations. It does not talk about Muslim minorities from Muslim nation. It is highly discriminatory".
Umar Khalid, from UAH said "this is a renewed attempt to implement Savarkar's Two Nations Theory. NRC and CAB has to be completely boycotted in order to safeguard our democracy".
Javed Ali, MP of Congress from Kishanganj, "BJP led government is being brazenly majoritarian. They are also Muslim haters and they don't try to hide it anymore. We have been elected in the parliament to safeguard the constitution and we will fight it back. He also challenged Bihar CM Nitish Kumar to take a stand against CAB and prove his secular credentials." Satish Ch Yadav General Secretary JNUSU said the students of this country will fight against the attempts to communally polarise this country.
N.Sai Balaji, All India President of AISA said "CAB/NRC is a dream of Golwalkar and Savarkar. Leaders like Sardar Patel had rejected this posionous ideology. The people all over the country are fighting for jobs, economy, women's safety and for the constitution against the Sangh parivar. NRC and CAB is anti-people, anti-tribals, anti-dalits and anti-minority and we will fight tooth and nail against it".
Afreen Fatima from Faternity said, "our fight against NRC/CAB does not end today it is rather the beginning of a long fight." 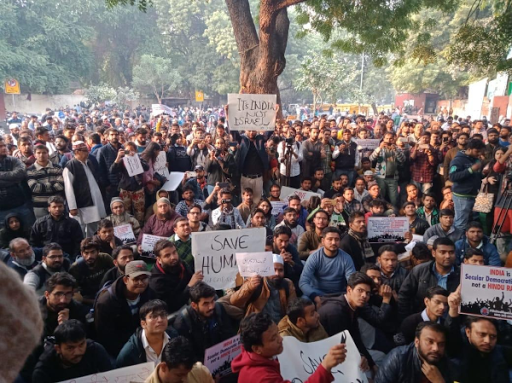 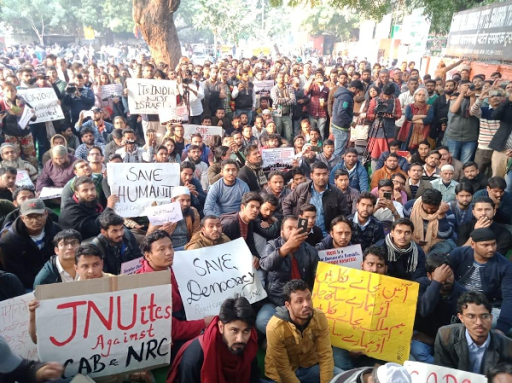 Manmohan Gama from Samajwadi party said, "this government constantly tries to divert the population from real agenda. The NRC is a desperate attempt to cover the economic slowdown. The Muslims who stayed back during Partition are  the real patriots and no one can drive them away from the country. This is a democracy, the despots will be one day driven away."
Huzaifa Rashid Gen Secretary from AMUSU also condemned NRC and the communal anti-constitutional CAB and vouched to fight against it.
The programme ended with the resolve to continue and intensify the fight against NRC/CAB.