This year CISF (Central Industrial Security Force) was adjudged the best contingent among the various segments of para-military and other forces.
The contingent consisted of
148 officers and men (Dy Commandant1, Lady Sub officers 3, other ranks–144 : Total 148) led by  Prabh Simran Singh, Deputy Commandant participated in the  Republic Day Parade-2020 held at Rajpath, New Delhi. The Contingent of CISF has been adjudged the “Best Marching Contingent” amongst Para-Military Force and other Auxiliary Marching Contingents. It is a matter of pride and glory for CISF to participate in this prestigious National Celebration. This is the sixth time that CISF Contingent has won the Best Marching Contingent award. Earlier CISF Contingent had been adjudged Best Marching Contingent in the year 2007, 2008, 2013, 2015 and 2017.
Rajesh Ranjan, Director General, CISF congratulated the contingent of the Force on their brilliant performance that did  the  force proud. The Chief Ranjan  congratulated Sudhir Kumar, IG (NCR Sector), Hardeep Singh, DIG (NCR Zone) and Daya Shankar, Senior Commandant, 5thReserve Battalion, Ghaziabad, Inspector Pawan Kumar  Bhati, Inspector B R Sau (Chief Drill Instructor), Head Constable Arun Dhama, Constable Satendra Kumar  (Drill Instructor)  on their hard drills and shaping the contingent perfectly to achieve the Best Marching Trophy.
It  needs to mention that selection, preparation, practice and final show at Rajpath in smart ceremonial dress and perfect marching before the saluting base and salutation to the President of India, passes through a very strenuous schedule in the chilling winter. Force personnel having strong built, height about 6ft and age profile between 23- 25, are called at 5th Reserve Battalion Ghaziabad. The selection on the merits was really very tough and  the achievement came through rigorous drills. It can truly be said that CISF safeguards the major pillars of development of the marching India. It has the unique distinction of securing all around growth and the entire critical infrastructure of the country ranging from Airports to Seaports, Atomic Energy Stations to Space Organizations, Power Plants and Steel Plants to Delhi Metro.
The smartly dressed Band of CISF, played the tune "Amar Senani" under the command of Sub-Inspector "Karan Singh".  The Band and Contingent marched with great enthusiasm and commitment, and finally stood first. 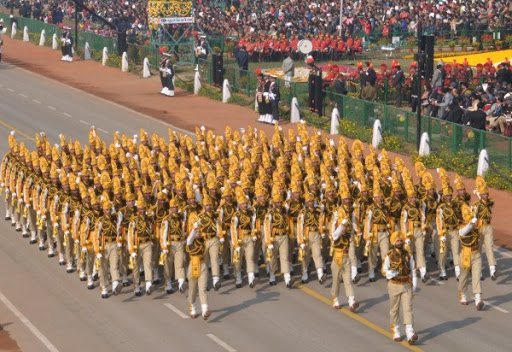 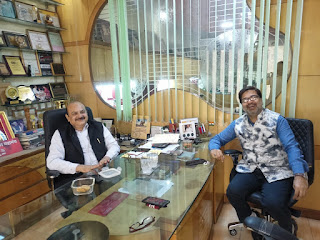