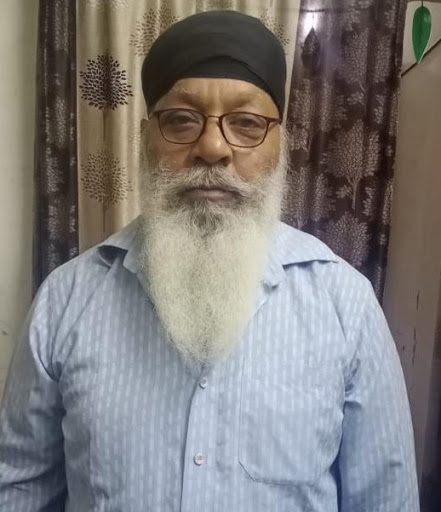 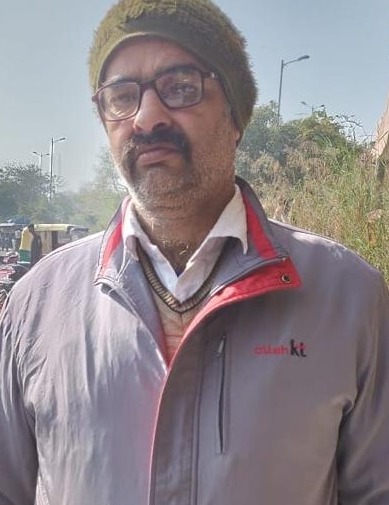 Sufi Syed Wajid
Yet another new address comes to the historical Sunday Bazaar aka Kabadi Bazaar at Salim Garh after a long pitched battle. Oscillating precariously between the government and the Market Association, the bazaar, which had remained in no man's land for many months, finally gets a nod from the authorities now. How long it runs is the question to ponder upon. Lately, the market after a meeting chaired by Minister (Urban and Development) for the relocation of Kabadi Bazaar, was given a presentation of the proposed bazaar on the existing service road of Ring Road Bypass (Yamuna Side) connecting Geeta Colony after due deliberations with Delhi Police, Traffic Police, SEWA NGO and PWD officials. It was declared that the bazaar may be started on a trial basis from December 22, 2019 to March 8, 2020 for 12 Sundays. If the market functions well without any hindrances then only will the bazaar be allowed to continue. The vendors will be seated on the basis of permission by MCDs. Facilities for mobile toilets will be provided at the site as long as the market goes on. In addition, no parking or vehicular spill will be allowed on main carriageway that may hamper the movement of traffic as discussed in the meeting convened in December last year. 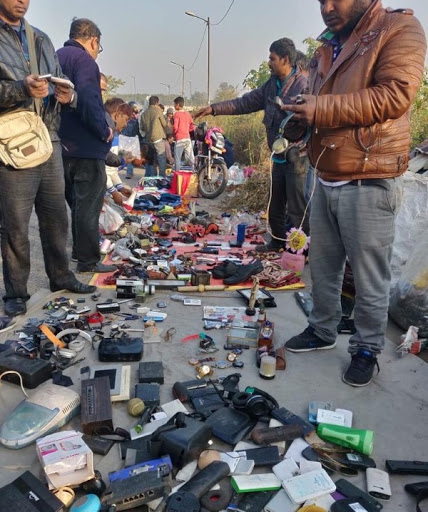 At the wee hours, many hardcore shopaholics even from the adjoining states come shopping to Delhi's flea market. This weekly Sunday bazaar with a long history behind sells everything that caters to the need of all age groups. The place unlike quiet Sunday morning remains abuzz with activities for hours starting at dawn.
This Sunday weekly make-shift (the-bazaari) market with more than 2000 shops is said to have been selling from pin to plane. The market has a real long history dating back to the decade of 40s. The bazaar started with few shopkeepers; now the figure has swollen to the whopping figure of 2000. The history of this market opposite the Red Fort Delhi, popularly known as Kabadi Bazaar, anchors many stories within a new story itself.

In these more than 60 years, this market has changed a number of addresses; from Shaaz ka Talab to Chawri Bazaar to Red Fort to Jama Masjid to Subhash Park to Delhi Secretariat and now to this place.
In 1942, it began from Ajmeri Gate with few shops selling scrap and worn out clothes.
A few years later staggering through the walled city's mazes and labyrinths, it moved to Chawri Bazaar in the neighbourhood. Surviving many storms of lodging and dislodging, in 1955 it spent some good years in the surroundings of the historical Jama Masjid before it was shoved away to Subhash Park, Kasturba Hospital with shopkeepers numbering around 250 then. In 1982, it found a new place on the stretch of Ring Road behind the Red  Fort.  Years later, it moved to Subhash Park, Darya Ganj. This turbulent journey continued with yet another new address at Indira Gandhi Stadium (Rajghat) close to Delhi Government Secretariat with around 1800 stalls, out of which around 1400 were sanctioned permission on Sundays.
As Delhi hosted Common Wealth Games with IG stadium its one of the venues, this forced the market to pack off and the bazaar returned to the same old place, Subhash Park. For more than a year, the market has been removed with no assurance.


SHOP AMIDST HAWKNG AND HAGGLING

This widely popular market with varieties of sports equipment, shoes, antique artefacts, carpets etcetera sells stuff at throwaway prices only if you are good enough at the art of haggling.
Many bazaar addicts do not miss it out, "It's my second generation. I have been coming every Sunday despite my poor health.  I, in fact, do not visit here intending to buy anything in particular it's just the chance what you may end up coming across." Anurag told NH reporter on the condition of anonymity.

The market serves the best to those living frugally on a shoestring budget; mostly students  and sports freak go shopping in the early hours for the best catch before the crowd thickens. Even families can be spotted making purchases for their kitchens or before a festival lies round the corner. "I often used to come alone before marriage but now we, my two sons, all come together and buy households. It's fun browsing the market." Sangeeta (name changed) spoke briefly of her weekly ritual.

Most foreign brands from sneakers and trainers to loafers to trekking boots to flip-flops to sandals are well crowded up here in the market.

"Why doesn’t the government sanction these vendors a proper place where they can sit and sell so that the customers do not have hassles." Madhuri Balodi, an entrepreneur reveals.

"There are 1167 shopkeepers whom Delhi High Court permitted will be seated here.  In case, the number exceeds they must seek consent from the MCD before pitching in here. This figure is comprised of 400 Gujarati, 150 scrap dealers and the rest goes to shoes and clothes vendors. We will cooperate as per instructions put forth by MCD and TVC (Town Vending Committee)." Ashwani Sharma, General  Secretary Old Edward Park Bazaar Association.

"There is a provision of 200 metres demarcated for the parking lot to be authorized by MCD that can accommodate as many as hundreds of cars and two-wheelers. This can be extended if the need be. We expect cooperation from the police under Central district as they have facilitated in the past as well." Devender Singh (Bunty) General Secretary Kabadi Bazaar Welfare Association.

"The government in Delhi had promised to regularize the market if they came to power. I sincerely hope that the market will run smoothly with cooperation of Mahila Mandal, Sewa Dal Union, Kabadi Bazaar Association, MCD and police. The market did not find a particular place for more than one and a half years once it was dislodged from Subhash Park, Jama Masjid. Lata, Vice President Sewa Dal Union spoke.