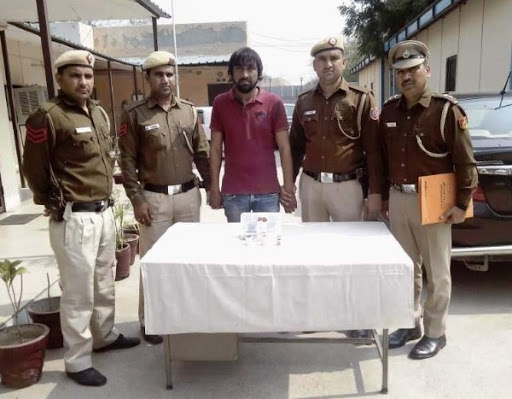 The police arrested Jai Vikas alias Sonu aka Sonu Balhara 28 years who was involved in many cases of heinous crimes.
The Crack Team of PS BHD Nagar also recovered one country made pistol used in committing the crime, along with one live cartridge, one empty cartridge and one bullet lead. A crack team comprising SI Naresh, SI Naresh under the supervision of Inspector Jagtar Singh, SHO/BHD Nagar and under the  guidance of  Vijay Singh, ACP/Najafgarh was constituted to work on the case. The team deployed his sources for getting clues and arrest of accused Vikas aka Sonu. 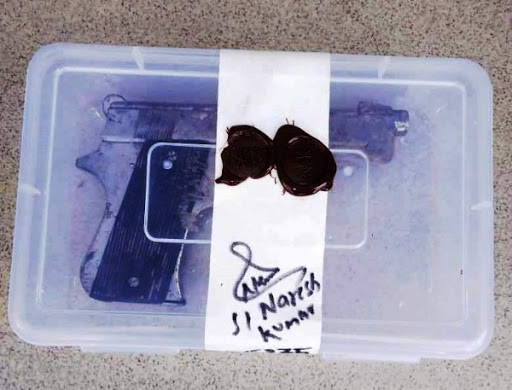 The team  visited the spot and found one live cartridge, one empty cartridge lying on the spot. In the victim’s car, one bullet lead was also found. The fire shot smashed the  car glasses.
The team laid a trap near Mitraon Jungle area to nab the accused, the team overpowered when he appeared on the scene.
During interrogation, Jai Vikas disclosed that he studied upto B.A. 2ndyear from Rohtak. He was arrested in 2008 in PS Rajender Park, Gurugram, Haryana in an attempt to murder case with Harish of Rawata and went to Bhondsi Jail.  After releasing from Jail, the accused came into the contact of Anand Thekedar of Najafgarh through which he joined Naveen Khati and became a shooter. A dispute arises between Naveen Khati and Anand Thekedar, so both got separated and became active separately. In 2017, he was involved in an attempt to murder case and a robbery case of PS Chhawla. In July, 2019, he along with his two associates robbed a car from Janak Hotel, Dwarka, Sec-9 Dwarka, Delhi.