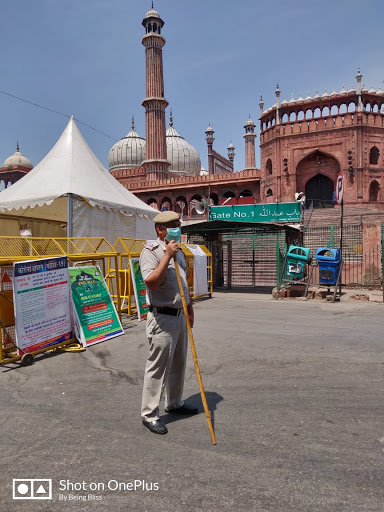 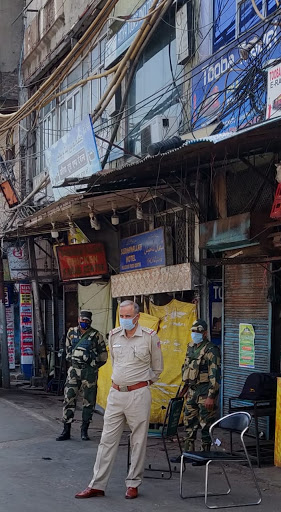 As following the grave threat of COVID-19, the entire city is tightly placed on lockdown with more than 30 areas in the city declared hotspots; consequently have been sealed off. This part of the city usually remains overly sensitive and more challenging from the security's point of view for its extremely thick citizenry residing packed cheek-by-jowl. The markets go on late at night, shopping spree starts late in the evening and carnivorous eateries for delectable and toothsome grub making a landmark on the local itinerary stay flocked with diners till midnight.
Moving a little away from this side; take a quick look at how the capital city is reeling from, it has been reporting fresh cases of Corona virus everyday which has pressed the panic button and  pushed away the lockdown period from 15 to April 30. The police have become all the more watchful keeping in view the gravity of the situation. They have routinely been appealing to the residents to maintain 'social distancing' norms; as addressed by the Head of the country. They too are responding to the call a great extent with help of the police.

The situation is well under control and the police personnel on guard are keeping a close watch on the residents' movement if there is any. All checkpoints are closely manned.
A couple of days ago, in the area of Matia Mahal, Khursheeda Begum, a woman in her fifties made a PCR call complaining of some complications in her breathing. The call was responded well in time, the local police station Jama Masjid was informed as the area lies within the jurisdiction of PS  Jama Masjid which took the call on a very serious note. SHO Jarnail Singh deputed ASI Amar Pal, Division Officer who was on emergency duty that night.
"I was forwarded the call a little later than 12 30 am with instructions that I should look into the matter and revert. First, I thought that she wanted to go out to buy medicines as many such cases come up everyday. When I came to know that she had severe pulmonary complications. I rushed her to a nearby hospitaI where she was examined and relieved. She is better now." Khursheeda didn't have money to buy medicines, Amar Pal spent rupees 1250 that  helped the woman with her one week's quota of medicine.

"The whole stretch of Jama Masjid has been cordoned off and closely barricaded. We are keeping tabs on every single movement of the inhabitants. Social distancing is being properly monitered. Some homeless and street urchins from other parts of Delhi have gathered around in the vicinity that has worsened the situation a little; however, we have controlled it." SHO Jarnail Singh spoke.
This was the third Friday since the Shahi Imam announced that there wouldn't be namaaz with jamaat in groups(congregation).
ACP sub-division Veer Singh was seen taking stock of the situation on his round. He spent a good deal of time with his subordinates already manning the sensitive checkpoints.
"The residents are behaving well as they too have begun to understand the gravity of the situation escalating across the country. They know that the biggest challenge lies before them is to fight the deadly virus out. This is possible only by respecting the norms of the lockdown and assisting the police rather than complicating their work by spilling out of their homes for no valid and substantial reason." ACP Veer Singh asserted.