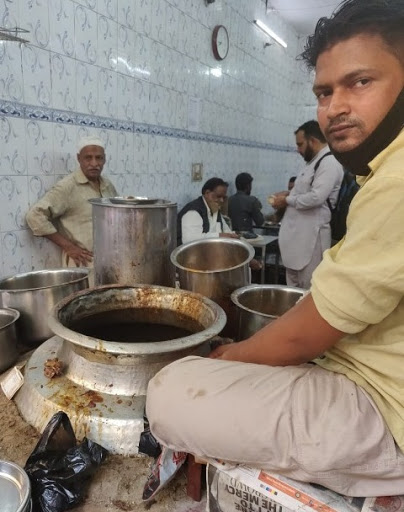 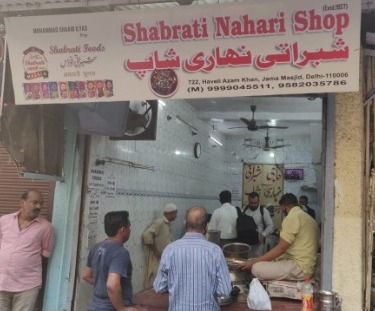 Nahari is an offshoot of Indo-Persian confluence, spread with its Persian nuances tempered with Indian tastes and flavours spells magic. Nahari, basically was originally eaten by Nawabs in the Mughal empire as the first large meal for breakfast that sustained the day. As years went by over a period, the mughal army began to relish and would consume for its energy-boosting properties that helped them wade through the chilly mornings of the city of Delhi. Speaking of best of nahari selling outlets in Delhi; here comes a long list of many in the trade. As the historians believe that nahari  was developed in old Delhi way back in the 17th century.
Zafar and Nikke in north east district's Jafrabad, Haji Noora in Bada Hindu Rao, Haji Shabrati in Chitli Qabar, Hilal and Kallu in walled city's Chhatta Lal Mian near Hotel Broadway and Jawed in south east district's Jamia are the frontrunners.
Haji Shabrati  has been serving the best of flavours of the cuisine since 1957 in Jama Masjid’s Haveli Azam Khan (Chitli Qabar). It’s believed their great grandfather served the mughal rulers and the recipe being used here these days came straight from royal kitchen.  It takes at least six hours  to cook nahari in a copper made cauldron on a slow fire when the meat melts down almost completely and merges with the texture of the stew. It’s seasoned with butter or  desi ghee and topped with green chilies and ginger juliennes  and served steaming hot with piping hot khameeri roti, steamed baked.  Some prefer with bone marrow and goat's brain too.
Shabrati boasts of its preparation and a hearty mélange of food known overseas as well. This wallet friendly Nahari hotel felt the pinch of lockdown, and had to wrap up the eatery. Mohammad Iliyas, the owner came up with a new a grocery shop in place selling spices and other essentials. Now, he resurrected and rescheduled at the same place of where the eatery ladled out the dish for more than six decades and this pause was unprecedented in its journey since its inception. Now, all is like ever before but the social distancing protocol is being observed but how can they eat with their mask