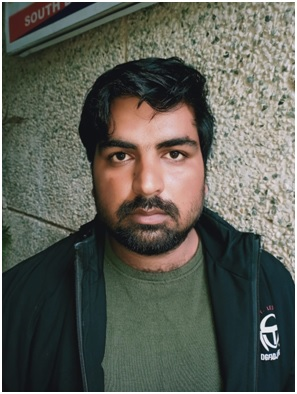 Delhi Police's Special Cell has arrested a desperado wanted in 16 cases of heinous crime ranging from murder, attempt to murder, dacoity, kidnapping, criminal intimidation, assualt on police to extortion and arms act. The 'Most Wanted' with his roots in Bihar (Gopal Ganj) identified as Aditya Tiwari 24 years was carrying a .32 semi-automatic pistol with five live cartridges when the sleuths cornered him.

The accused had been evading arrest for more than one year and used Delhi and NCRs as hideouts.

Aditya with his associate identified as Manish had been threatening businessmen in Bihar and demanding extortion money.

DCP Special Cell (southern range), Pramod Kushwah sensing the gravity of the dreaded criminal on the run and hiding in Delhi, constitued a team comprising inspector Shiv Kumar and inspector Karmvir Singh under the supervision of ACP Attar Singh. In a joint operation with Bihar police,the Cell has arrested Tiwari from Rajokari Flyover, Gurgaon-Kapashera Link Road, Delhi on 1st January.

The Bihar police even announced a reward of rupees 50000 to one leading to his whereabouts and arrest. His accomplice Manish at large will soon be caught. The police said.

SI Dinesh Kumar Yadav of Bihar Police with his team reached  the office of Special Cell was associated with the raiding party.

" Aditya Tiwari is a notorious gangster of Bihar. He alongwith his associates Manish and others was running an extortion racket in Bihar. He used to extort big money from businessmen and other rich persons in Bihar by threatening them. They had been hiding in Delhi and NCRs for the past four months. About 10 days ago, Aditya Tiwari and Manish had extended threats to a complainant in a case of extortion in Bihar through a voice message on his mobile phone. In one voice message, Aditya and Manish had also asked the victim to convey to SI Dinesh, SHO of PS Vishambharpur in Gopalganj (IO of the case) of dire consequences if he continued chasing them.'  DCP P Kushwah stated.

Aditya and his gang opened fire on a doctor,the owner of a hospital in Gopalganj, Bihar to terrorize him as he was reluctant to pay the extortion money to gang members. Thereafter, the gang lobbed four (04) hand grenades at his hospital to build up pressure for extortion. When one hospital owner didn’t yield to their extortion demands, Aditya with his associates had fired with the assualt rifle AK-47 and carbine machine-gun at the hospital to pressurize the owner to pay the extortion money.

The police have registered the case under relevant sections of IPC and efforts are being made to arrest the absconding Manish.